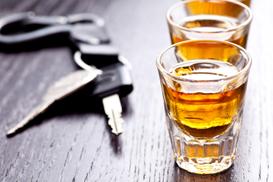 "Simply Amazing"
​I have to say this is the best lawyer I have ever contacted. He provides you with all necessary information maintains excellent and quick communication during the process and is very detailed.

Call our Law Firm
for a Free Consultation

What Happens if you Refuse a Breath Test in Florida?

A driver's license is considered a privilege, not a right. When you are issued a driver's license, you agree to take several tests if law enforcement have probable cause to believe you are operating a vehicle while impaired. You don't have a right to a lawyer because you have already agreed to take the test as a condition of your driver's license. There are several consequences to refusing, but for many people it still may be the best choice. Some of the consequences are below:

This is separate from a court suspension for a DUI. The Department of Highway Safety and Motor Vehicles will suspend your driver's license for 12 months for a refusal to take a breath test. However, many people qualify to obtain a hardship license nearly immediately. If you are going to obtain a hardship license, you must do so within 10 days of the DUI. You first need to sign up for the DUI School, and then go to your local administrative review office with proof of enrollment, along with other documentation. Speak to an attorney before you go to ensure you qualify and that you bring everything you need.

Used Against you in Court:

The analogy most prosecutors will use when arguing to a jury is a person who just ate a large meal not wanting to step on a scale, because they know the results won't be good. In a DUI refusal context, they call this consciousness of guilt. This can be an effective stodgy for DUI prosecution, but there are ways around it. For example, this is completely negated when a person doesn't "refuse" but merely asks for an attorney. Asking for an attorney is a right most juries respect, so they won't tend to hold it against a person as much as simply refusing to take a test.

Another argument prosecutors will make is that a driver's license is very important to most people and a person would only knowingly allow their drivers license to be suspended by refusing to take a test if they knew they would fail. This can be minimized if a person knows all their rights.  When explained that your license will be suspended, you should ask about a hardship license, when asked to take a breath test, insist on a blood test. Don't refuse, just ask to speak to a lawyer before you make any decisions. All these things will help a lawyer get better results in the courtroom.

Enhanced penalties by the Prosecutor:

Although there isn't enhanced penalties by statute, a prosecutor may make an offer with enhanced penalties in cases of DUI refusals. This is especially seen with inexperienced prosecutors who want to punish an offender for their refusal. This can backfire because refusal cases are often more difficult to prove. If this is the case in your DUI, your should speak to your attorney about defense strategies and whether you should take the case to trial by jury.

1st Degree Misdemeanor if You have Refused in the Past:

A refusal, when the prosecutor can prove you have previously refused, is a first degree misdemeanor in Florida. They will usually charge this as a separate crime and it can often be more difficult to defend than the DUI itself. Using the strategies above will help defend against a refusal charge.

DUI defense is complex. It requires a skilled defense attorney with knowledge and experience. It is also helpful to have an attorney who knows the prosecutors and judges so that they know the best strategy for your particular case.